Fierce by Abercrombie & Fitch is a sweet, woody fragrance, with top notes of petitgrain, cardamom, lemon, orange, and fir. At its aromatic heart, rich jasmine, rosemary, rose, and lily of the valley. And at its base, the warm and masculine vetiver, musk, oakmoss, and Brazilian rosewood help tie down the citrus and floral sensations. A fresh and spicy scent designed as a call to the younger, wilder side of a man, this cologne is for men that aren’t afraid to live on the edge. 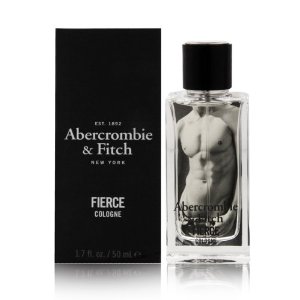 Le Male is the first ever male fragrance by Jean Paul Gaultier. Heralded for its sweet mint, lavender, and vanilla notes, Le Male is a great compliment to any man that is truly unforgettable. Powerful artemesia, cardamom, mint, and bergamot make up the top notes, followed by middle notes of lavender, orange blossom, cinnamon, and cumin. Base notes of sandalwood, vanilla, tonka bean, and amber help round out a charismatic fragrance for the modern man. Both gentle and masculine at once, Le Male’s traditional aroma makes it both easy and pleasing. 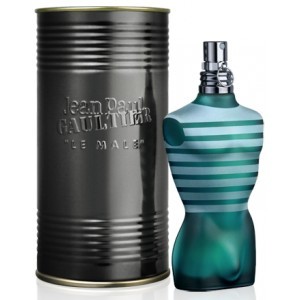 Modern masterpiece from Dior, a game changer in designer world – that’s what people saying about Dior Homme Intense. It’s a huge compliment getter, and telling people that you know what you are doing when it comes to buying a cologne. This scent is very well-constructed, sophisticated, and smells very good. Perfect for evening wear and cold weather on formal events: dating, birthday, wedding party… 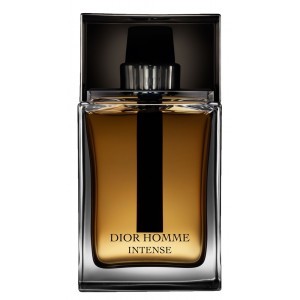 Facts
Most colognes go through a progression: top notes (last a few minutes), middle notes (2-30 minutes to an hour), and base notes (longer than an hour). This is caused by the differences in volality (rate at which compound evaporates) between the essential oils.

4. One Million By Paco Rabanne

Developed by perfumers Christophe Raynaud, Olivier Pescheux, and Michel Girard, 1 Million by PacoRabanne is a tantalizing fragrance that drives women absolutely wild. Initial notes of an unmistakable mint and sweet grapefruit and blood orange give way only to the middle notes of spicy cinnamon, rose, and blond leather. Dressed up in packaging that resembles a solid gold bar, 1 Million by PacoRabanne exudes a refinedand yet assertive aroma. Underneath, at the heart of the fragrance, base notes of white wood, amber, and patchouli evoke a desirous masculinity. 1 Million blends the elegant richness of a well-fitted suit with the primal passions of a man on the prowl—qualities that make it one of the most popular scents even among women. 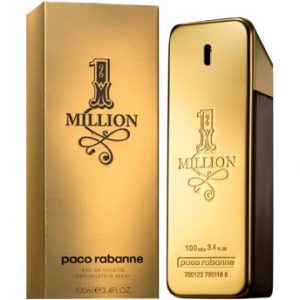 1 Million is a cologne designed to draw attention.It is for men that won’t bend under the pressure of a hundred sets of eyes looking at them as they step into a crowd. Enticing blood orange and a minty allure attract and capture. This is a cologne for men without limitations, for men that refuse to go unnoticed in a room of people. It is for men with a young and wild spirit, unafraid and unfettered, ready at any moment to turn the dial up. Whether you want to reinvent or reinvigorate, 1 Million by PacoRabanne’s sensual and striking fragrance is top shelf.

Aventus is definitely a very unique scent. With beautiful smoky pineapple and woods, It’s a number one compliment getter.  Inspired by the legacy and life of Emperor Napoleon, Aventus use some ingredients assosiated with his memory: Pineapple, his favourite food; Blackcurrant: from Corsica, his hometown; and Ambergris from the ocean, representing his navy. The balance in scent is just perfect because of well composing. The longevity is excellent (lasts for 12h+) , and the overall feel of the perfume exudes quality and mastery. There is only one issue with Creed Aventus: this fragrance is not cheap, but as everything in life, you get what you pay for! 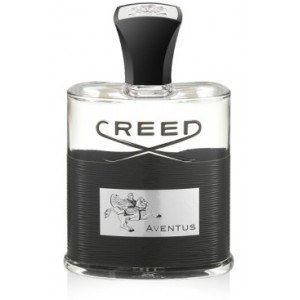 If you’re a single man need to collect women’s phone numbers, or if you want to flirt someone,  then this is your scent. YSL La nuit is a very soft, smooth and sweet cologne. It is not cloying sweet, but sweet enough for women to find attractive in you. Cardamom in the top and Bergamot, Lavender in the middle notes are really amazing, just masculine enough to make the wearer feel sexy. The projection is average to above, the longevity is really good (At least 8 hours) and the sillage is moderate. YSL Lanuit is a safe fragrance for a romantic dinner, night out, or a date during fall, winter, spring or in cool weather. There are some fragrances you should at least buy once, and YSL La nuit is the “must have” in your list. 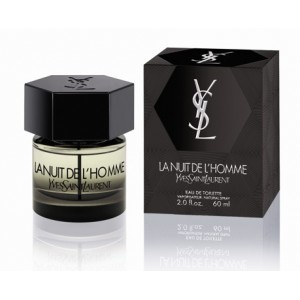 There are some things that never age, things that maintain their charm and elegance over the years. Green Irish Tweed, as commonly called GIT, is one of them. Launched in 1985, this signature scent from the house of Creed is a favorite of many celebrities, eg: Clint Eastwood, Pierce Brosnan or George Clooney .. Wearing of GIT makes you feel like you’re walking in the countryside with grass around and a cool breeze blowing through. The fragrance has timeless good smell, representing rich, confidence, and simply – a gentleman. GIT is a extremely versatile scent and quite inoffensive, you can wear it both casually and formally. Put on two or three sprays, you’ll immediatly be re-energized and ‘ready-to-go’! 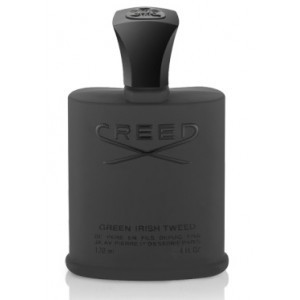 Sometimes the best place to start your search is to see what the rest of the men of the world are into. There are plenty of great-smelling colognes out there; all you need to do is narrow it down to a handful to help make your selection easier.

8. Nautica Voyage By Nautica For Men 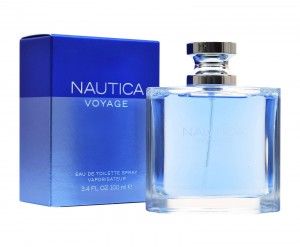 The number-one top-selling men’s cologne on Amazon is Nautica Voyage by Nautica. As will be covered in more depth later on, grabbing the most affordable cologne isn’t always the wisest idea. In this instance, however, it’s hard to go wrong with this relaxing aquatic men’s fragrance. The cologne leads with the cooling sensation of crisp green apple and leaf notes at the top, which then opens up to a heart of mimosa blended with gentle lotus and linen accord, like the flapping sails over the salty summer sea. At its base, a woody mixture of cedar, musk, moss, and amber give Nautica Voyage some grounded masculinity. It is a laid-back and casual fragrance that can be worn throughout the spring and summer days, designed for men that like to let loose and have a little fun in the sun every now and then. 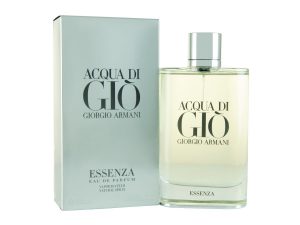 It’s no surprise that Acqua Di Gio is second on this list because it’s one of the most popular and best selling fragrance of all time in the USA. This is a light fresh fragrance, not sharp, not spicy but bright and very nice. The smell is going to be very familiar to most people which is a good thing, but not good for those who want to “stand out” or “be unique” in the crowd.

10. Cool Water By Davidoff For Men 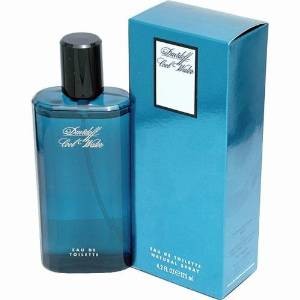 Many say that Cool Water is a cheaper version of Green Irish Tweed, but it’s not, GIT is almost like a grass version of the same scent while Coolwater is an ocean version. This clean, fresh and summertime scent recommend for all ages but preferably 15 – 25 years old. 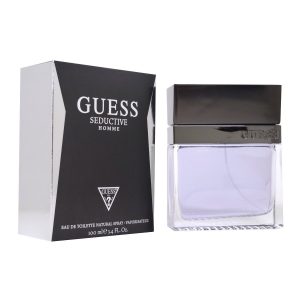 Guess Seductive is an outstanding starter cologne for the high school and college crowd. If you are confident and not afraid to smell sexy, try this. The scent smell very sweet, perfect for fall/winter, but lacks in longevity. 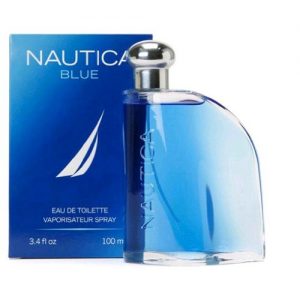 Another cheap, but not bad cologne from Nautica. Launched in 2005, Nautica Blueis a aromatic aquatic fragrance for men. It is also a bit synthetic, but still a nice aquatic for the price. Smells pretty good, not long lasting or well projecting, but for the price you really can’t ask anything more. 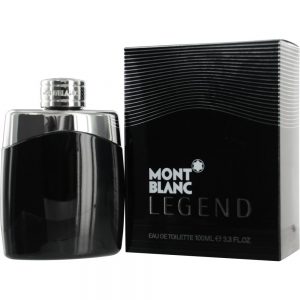 If you’re looking for something versatile and safe, Mont Blanc Legend would be the good choice. This is a masculine fruity aromatic fragrance with interesting notes (lavender, pineapple, oakmoss, coumarin, pomarose), the projection and longevity are not too heavy or lingering but enough to get a good use. Its great for Spring/Summer. As a lot of people said, it does smell like Abercrombie Fierce, very similar, but that’s not a bad thing, it’s half the price of Fierce.

14. Nautica Classic For Men By Nautica 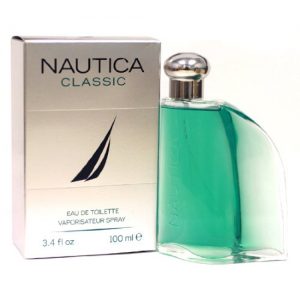 Smell light, fresh and simple, this cologne is perfect for everyday use. Recommended for the warmer times for sure, it’s too light and soft for the cold.

1 Million is a cologne designed to draw attention.It is for men that won’t bend under the pressure of a hundred sets of eyes looking at them as they step into a crowd. This cologne is very warm, sweet and fresh. Great fragrance for every season. There seems to be very few mens fragrances that project well and have good longevity, but 1 Million does, that’s probably what makes this so popular. 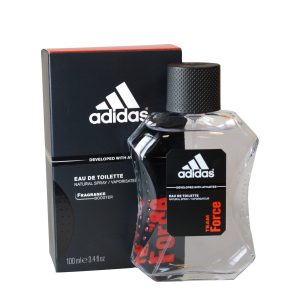 This cologne is light fresh & clean non offensive smell. The smell starts with a breeze of a wood-flowery combination, then the woods starts to dominant & it eventually leaves a woody rich smell. Good scent for younger or even middle-aged, sporty men. However, longevity is a problem,  3 hours or less.